40+ Realizations: Things I Wish I Would’ve Done More of (or Realized) in College

A few weeks ago, Julie McReynolds asked me to join for a second AMA event, held at MTSU (because I so enjoyed a panel discussion in Nashville, for students and professionals in transition). On the first version, I was filling in for Moncherie Holmes Jones who had had a family emergency and asked me to fill her spot. On the second event, I was asked to drive out to Murfreesboro (ppl who know me know that this is unheard of…it’s like driving to China) and do a speed round of networking with soon-to-graduate sales/marketing majors. 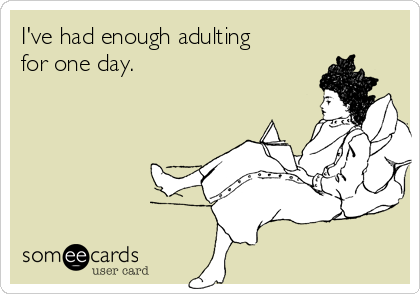 In prep, the professor (who ended up knowing my Grandfather and his admin asst, when he was there at MTSU) asked us the question posed as the title of this post.

The things I’ve realized, since ‘adulting,’ happens to be what shapes me.  And it’s amazing what happens when realization occurs – years after…hence my realization of just being a late bloomer.

So, things that I wish I would’ve done more of, in college (and now in retrospect), are:

Adutling is life. Live it and learn as fast as you can.

We ended up not sharing the type of info that I’d prepped for the event. But I thought it was good, helpful, even resourceful (even if for me alone).

I work hard…always have. Time for reflection during the adulting phase helps keep things in perspective.