Shawanna Buchanan was a rare jewel, she not only was a wonderful mother and wife she was also a no-nonsense educator and a member of the KLO Chapter of Alpha Kappa Alpha Sorority (she crossed at WKU).  She was super sweet — but you knew not to cross her. She and Tony raised two beautiful children, started a business and she still found time for our beloved sorority (she had no choice). I recall a story she shared with several of us, that she had to come to sorority meeting as a young girl, with her mother. It wasn’t until 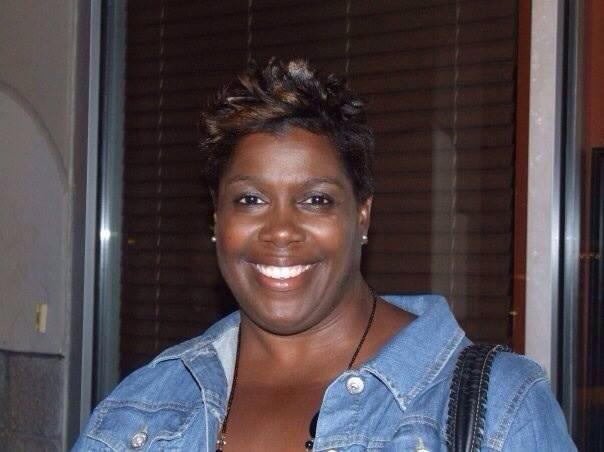 she had Parker that she realized her mom had been ‘training’ her to be an AKA by making her tag along to meetings. We would look across the room at Parker sitting at the table with Mary Conner (her grandmother and Shewanna’s mother) and she’d be just as poised and fidgety all at the same time. It was way funnier to hear her share it than to read it here.  Shewanna was the type of person that always found something kind to say, something to support, some aspect of a silver lining, to me. And she saw something in me where she always seemed to support me and was always kind to me…for years.

I remember, specifically right before she passed away, that KLO had Little Miss AKA and she was on the escort committee – I was too, because Yvette Thomas asked. We were watching the ‘littles’ learn their dance routine and to be honest we were having the best time, not necessarily because of the routine, but because we had a chance to chat with other members…most importantly, I had a chance to chat with Shewanna. Of course, I didn’t know that it would be the last time I saw her. I was just catching up, asking how the kids were doing – and in her own way she was just as happy, just as kind, just a sweet and just as sassy as she wanted to be, as we leaned against the wall of the basketball court. It turned to laughter as we watched the escorts try their hardest to figure out how to offer a girl their arm.  It was at that point that the committee members had to step in.  She went to one side helping the boys (because Carson, her son, was one of the escorts) and I went to the other – and we, along with several others, tried to help them understand how to promenade (LOL). And that’s where Shewanna’s  “sassiness” really showed because she went straight into ‘mama mode’ told the boys (in our section) what to do, how to do it, what not to do over and over again. As soon as that part was over, she was right back to Sweet Shewanna – not a hateful bone in her body. But, everyone knew she was Big Sister Shewanna.

I was traveling a lot, for work that particular year and it had actually become very hectic managing a full-time client in Texas and running my firm from afar…so, I didn’t see her (or anyone for that matter) when I’d get home on the weekends from Dallas. 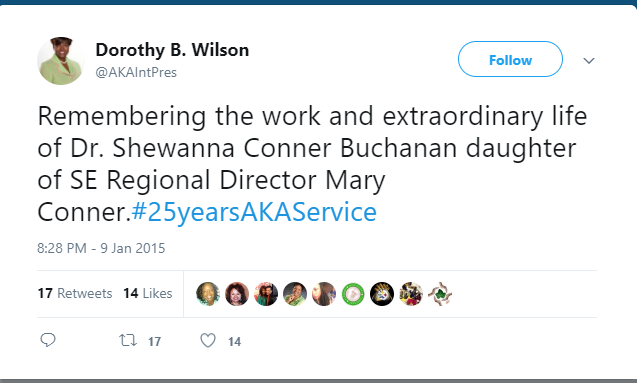 When I learned that she lost her battle with cancer, I flew in, got off the plane and went directly to her funeral. That weekend, I had intended to stay at our home in Texas, but would not miss paying my respects to a woman that was a shining example of how to keep your head up even when it was hard not to feel down; how to stay positive, even when you had no reason to do so and how to love actively even when you don’t feel like it. No one really  knew that I had been working out of town as much as I actually was, nor did anyone really know the kind of impact Dr. Shewanna had on my life. I thought the world of her because she was an amazing inspiration; she was kind, thoughtful and genuine.

It was an honor to know Shewanna for nearly 20 years – years that included a big group of us on step team together, doing committee work together and laughing together. I always admired everything about her.